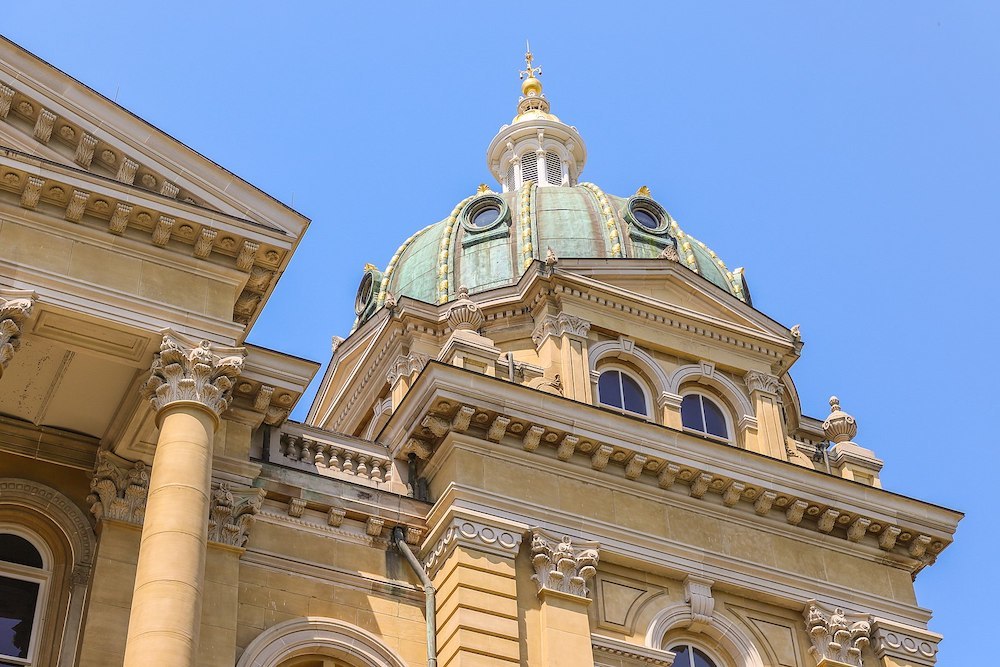 NFIB has 10,000 small business members spread across Iowa, almost all with 20 employees or fewer.

The major issue for NFIB’s small business members is Iowa’s tax code, in particular, income tax. NFIB Iowa claims income tax rates in the state are among the highest nationwide. The heavy income taxes should be lowered for small business owners, the group said.

Easing income taxes could be achieved, for example, if two tax deductions, the qualified business income (QBI) and Section 179, were “coupled with federal code,” NFIB Iowa said. The QBI deduction allows businesses to deduct up to 20 percent of certain types of business income, according to the IRS.

Iowa has 48,000 fewer jobs, and altogether lost $290 million in revenues, because of bad occupational licensing regimes, said NFIB Iowa, referring to data from the libertarian law firm Institute for Justice.

NFIB Iowa's director Matt Everson also spoke in favor of reform of occupational licensing ahead of the November 2019 elections, according to NFIB Iowa's Twitter post on Oct. 31, 2019.

Despite these calls for reform, NFIB Iowa remains optimistic about the future.

“Here in Iowa, as it is nationwide, small business optimism is at an all-time high. Small business owners employ nearly 650,000 people in Iowa. NFIB’s mission this year is to build upon past successes and make improvements to the state’s tax structure and the way the state hands out and regulates occupational licenses,” NFIB Iowa said.

Want to get notified whenever we write about National Federation of Independent Businesses ?

Sign-up Next time we write about National Federation of Independent Businesses, we'll email you a link to the story. You may edit your settings or unsubscribe at any time.